Last month just as IWTV News was about to release the top ten challengers for the Independent Wrestling Championship, IWTV officials were informed that current champion Orange Cassidy had signed with AEW. As a result of this news a decision was made to hold off on the release of the top ten until the end of August. With Orange Cassidy becoming a full time member of the AEW roster soon, the following rankings - which cover the months of July and August - are unquestionably the most important we have ever compiled.

Craig Mitchell - The Midwest Bully secured his top spot back in May at the Midwest Mixtape and despite continuing his winning ways in St. Louis Anarchy, Southern Underground Pro, Freelance Wrestling and elsewhere, he still has not been granted his championship opportunity. This oversight is not lost on Mitchell who has taken to publicly calling out IWTV Champion Orange Cassidy on Twitter in recent weeks. A recent loss to AJ Gray at Black Label Pro had IWTV officials considering dropping Mitchell in the rankings, but the consensus is that his victory in the number one contendership match should not be negated by one loss. Craig sits in wait for his shot at the title... 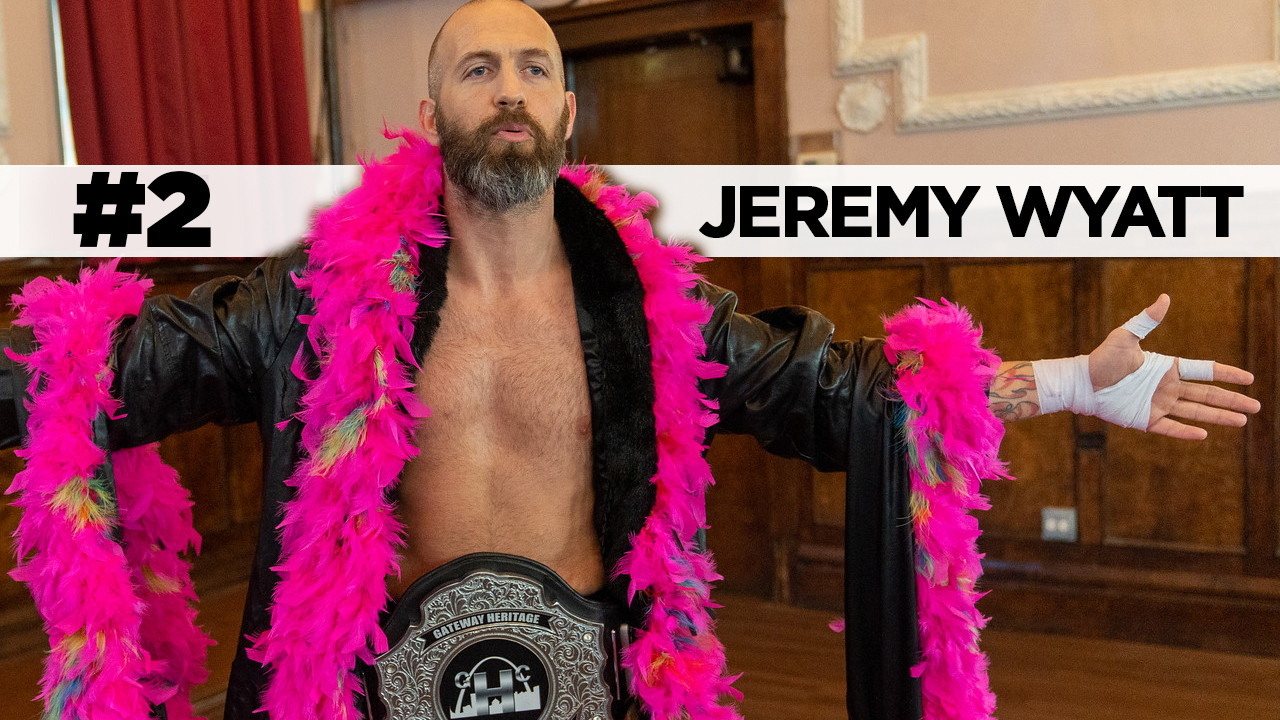 Jeremy Wyatt - A long time veteran of the Midwestern independent wrestling scene, Wyatt has slowly ascended the rankings over the course of several months, and is now within striking distance of a title shot. His successful Gateway Heritage Championship defense over Warhorse at St. Louis Anarchy's Circus Maximus came just one day after Wyatt had to defend that title twice in one night at Journey Pro's Cruel Summer, making the victory all the more impressive. Like Mitchell, Wyatt feels overlooked and has complained about the fact that he had to earn his spot in Black Label Pro's upcoming Turbo Graps tournament. While his attitude has gotten him in trouble before, Wyatt may have a point - his 12-1 2019 win/loss record in IWTV partner promotions is as good as it gets. 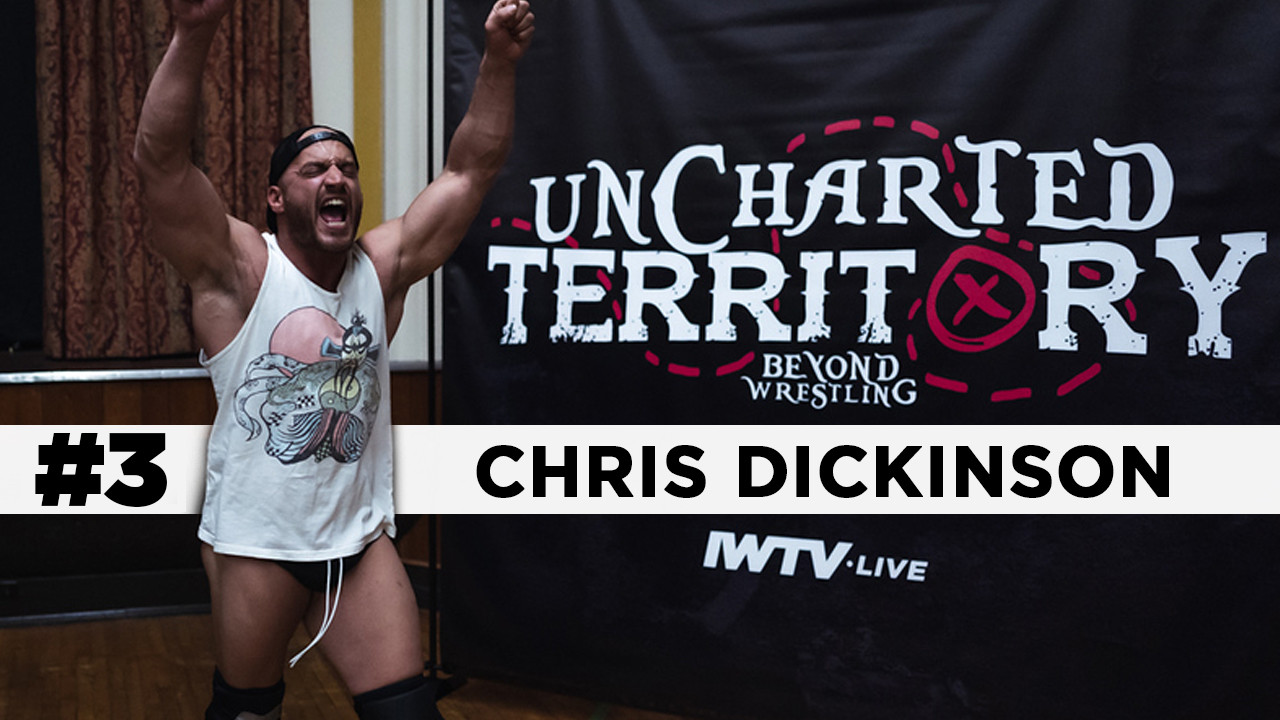 Chris Dickinson - At this point the difference between Dickinson and Wyatt is a coin flip and this time the Dirty Daddy was on the losing end of the toss. That may have been the only time he was on the losing end of anything in recent memory though, as Dickinson has picked up victories over Fred Yehi, Timothy Thatcher, Homicide and of course Daisuke Sekimoto since the last top ten was released. It's a three way race for the top contender spot and Dickinson has as strong a claim to it as anyone. Or maybe it's a four way race... 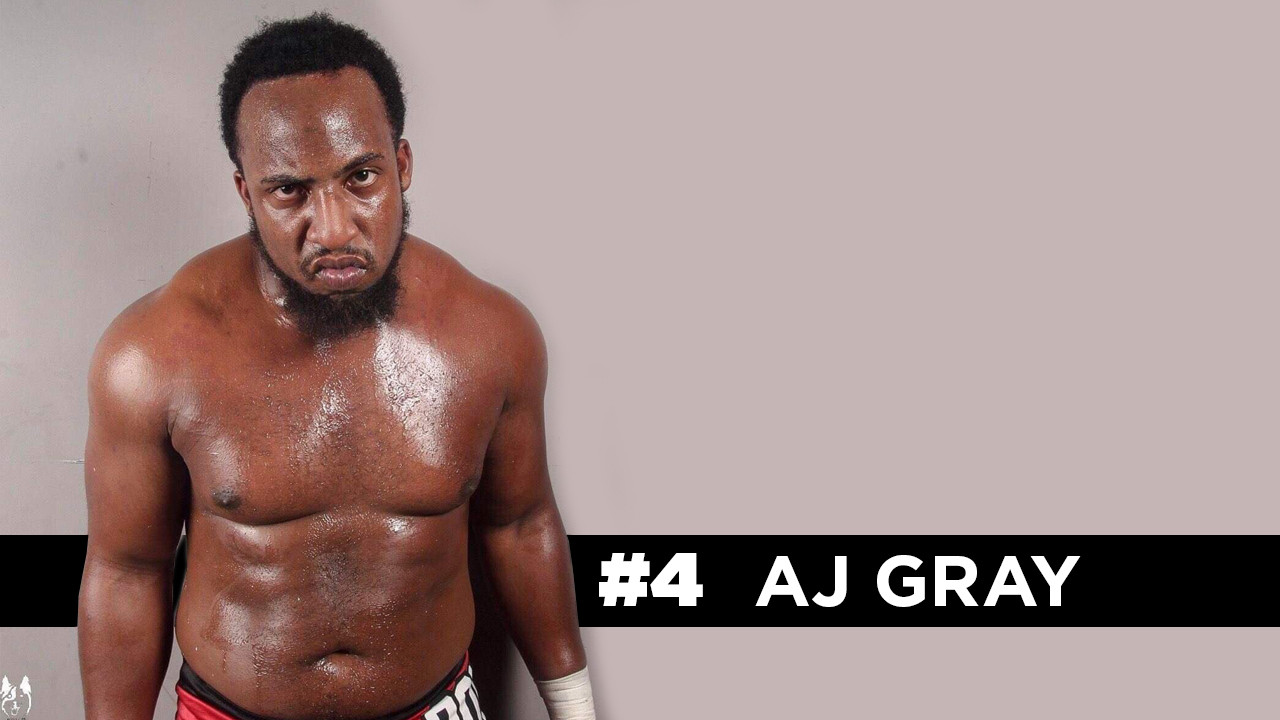 AJ Gray - The Paradigm Pro Wrestling Champion AJ Gray debuts in the top ten at number four after knocking on the door of the rankings last time. The heavy hitting powerhouse is one of the most versatile and dynamic wrestlers on the indies and added the Black Label Pro Midwest Championship to his title collection in July, before following the victory up with a successful defense of that title against the number one contender to the IWTV Championship Craig Mitchell. Currently on a role in Black Label Pro, PPW and Glory Pro, Gray was considered for the top spot this month, and could rise even higher up the rankings soon. 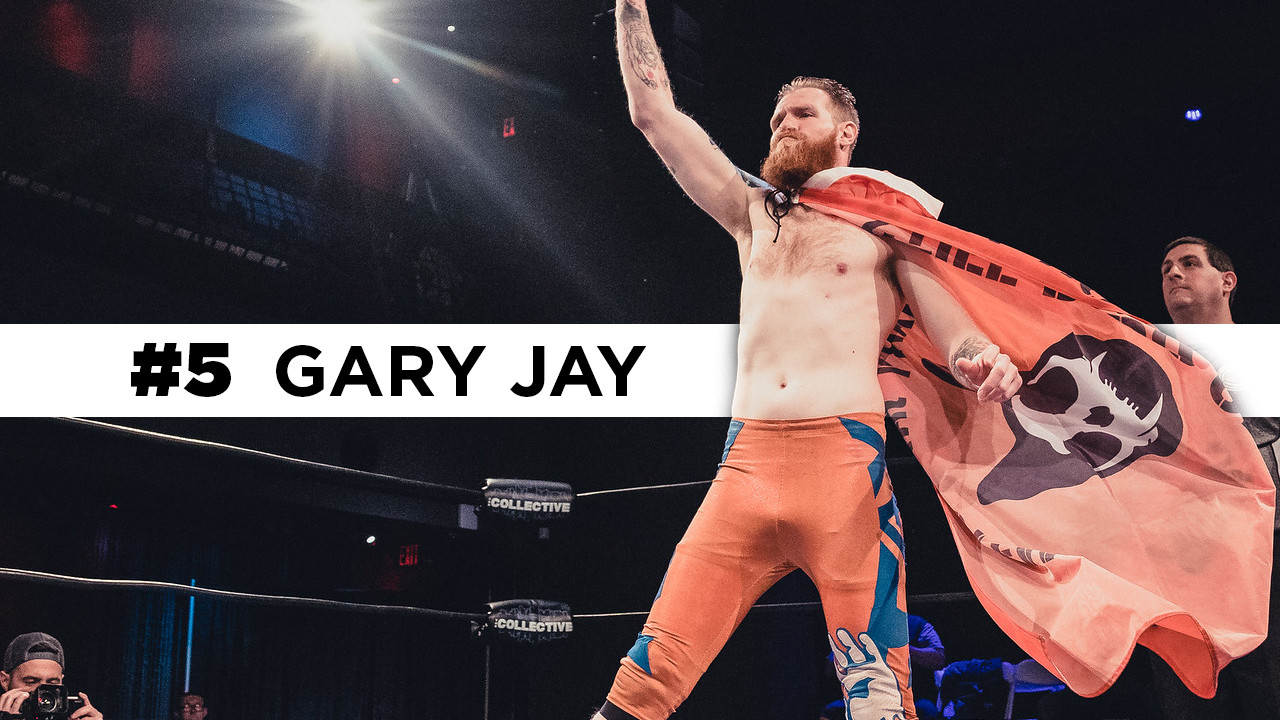 Gary Jay - Out of the rankings last go around, Jay rebounded in a huge way picking up major wins over Sharkbait, Jigsaw, Tom Lawlor, Warhorse and Alex Zayne over the course of July and August. Jay's ability to compete and deliver against a wide variety of opponents is one of the reasons he remains a serious contender. He's come close to earning a title shot before, and something tells us he's not done making his play for the gold yet. 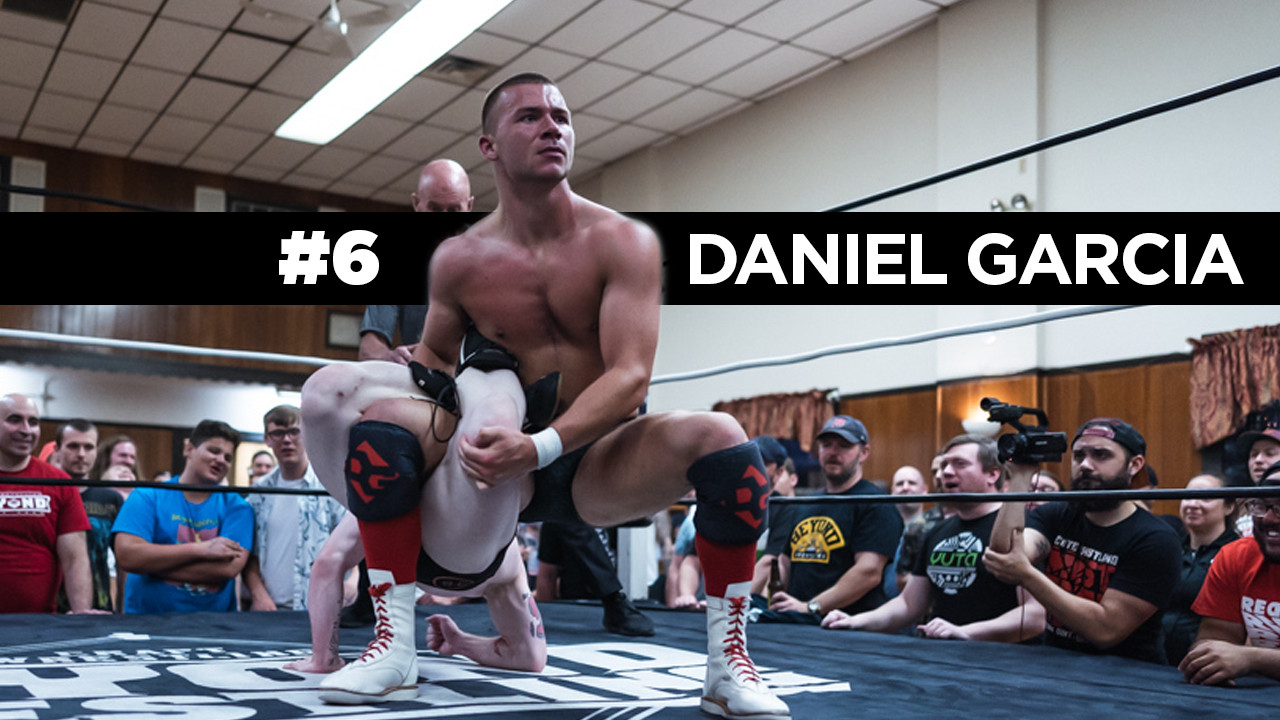 Daniel Garcia - "Red Death" is the current king of The Discovery Gauntlet, having walked out of Uncharted Territory, Season One with that title after seizing it from Christian Casanova in decisive fashion and retaining it for the final two episodes over Kevin Blackwood and Bullet Joe. One of the most intense performers on the scene today, Garcia recently won C4 Wrestling's annual Fighting Back Rumble and could end up being the next major independent wrestling breakout star. 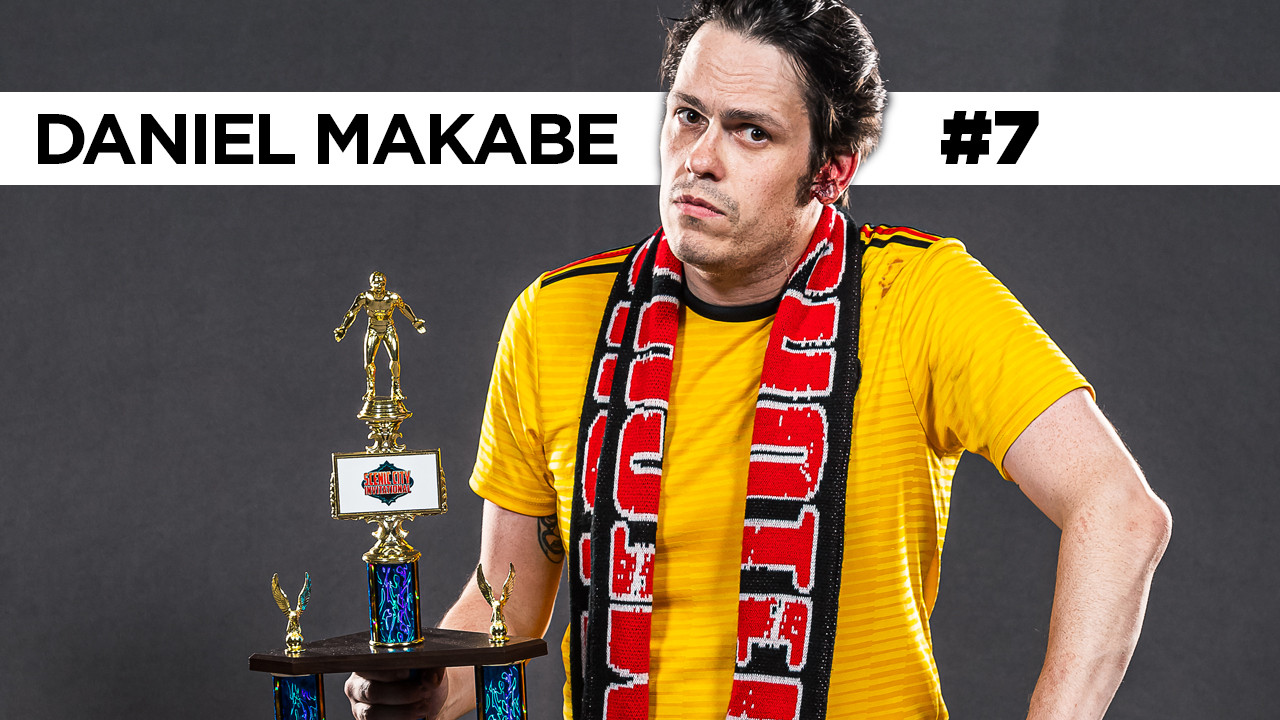 Daniel Makabe - A cult favorite, Makabe came to the 2019 Scenic City Invitational as an underdog and ended up winning the entire tournament. Makabe returned to the Pacific Northwest with the Greg Hullender Trophy after a wild run in the tourney that saw him pick up singles victories over Tony Deppen and Slim J, before submitting AC Mack in the final despite a busted ear that he suffered at the hands of an earlier Mack ambush. As IWTV continues to expand its presence on the West Coast, Makabe is one to watch. 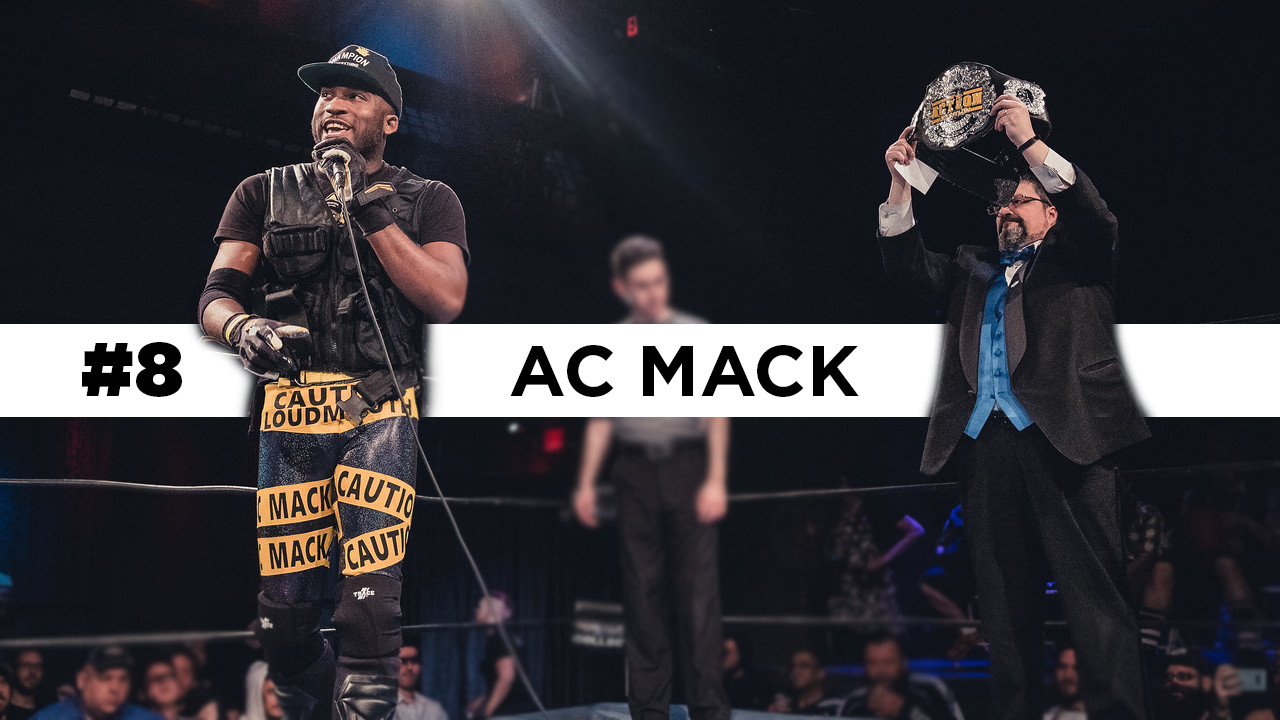 AC Mack - The loudmouthed Mack had been assuring victory at the 2019 SCI and engaged in nearly every trick in the book to get it done only to come up just short in the end. That said, he's still the Action Wrestling Champion and still undefeated in Southern Underground Pro. On the southern independent scene no one has had a more impressive run then Mack over the last year and he's still poised for big things in the final quarter of 2019. 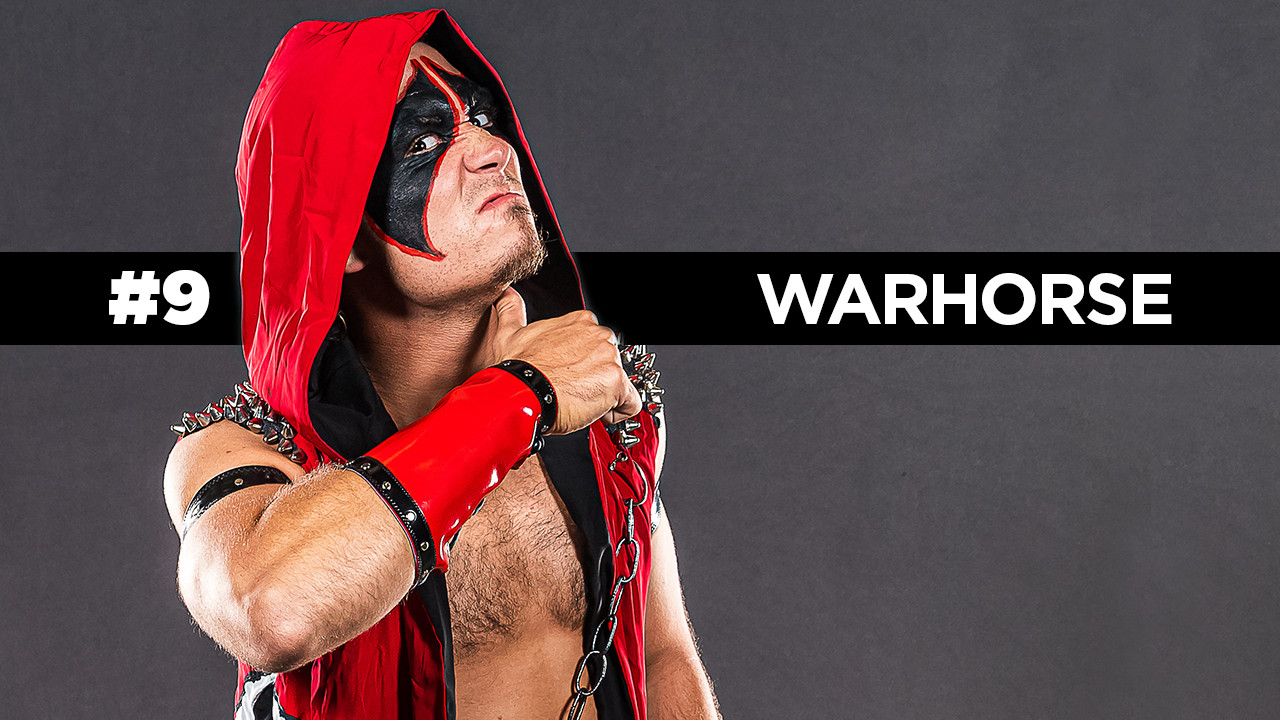 Warhorse - It's been an up and down summer for Warhorse. He lost his Black Label Pro Midwest Championship and came up short against both Jeremy Wyatt (at St. Louis Anarchy's Circus Maximus) and Kobe Durst (at Black Label Pro's McWrestling) in major championship bids. On the other hand he successfully retained his Zero1 USA Heavyweight Championship and made it all the way to the finals of the aforementioned SCI after winning his way into the tournament via an alternate scramble on night two. His work ethic, commitment and strong showings against high level competition keep him inside of the top ten, but he'll need a strong run to maintain (or improve) his position. 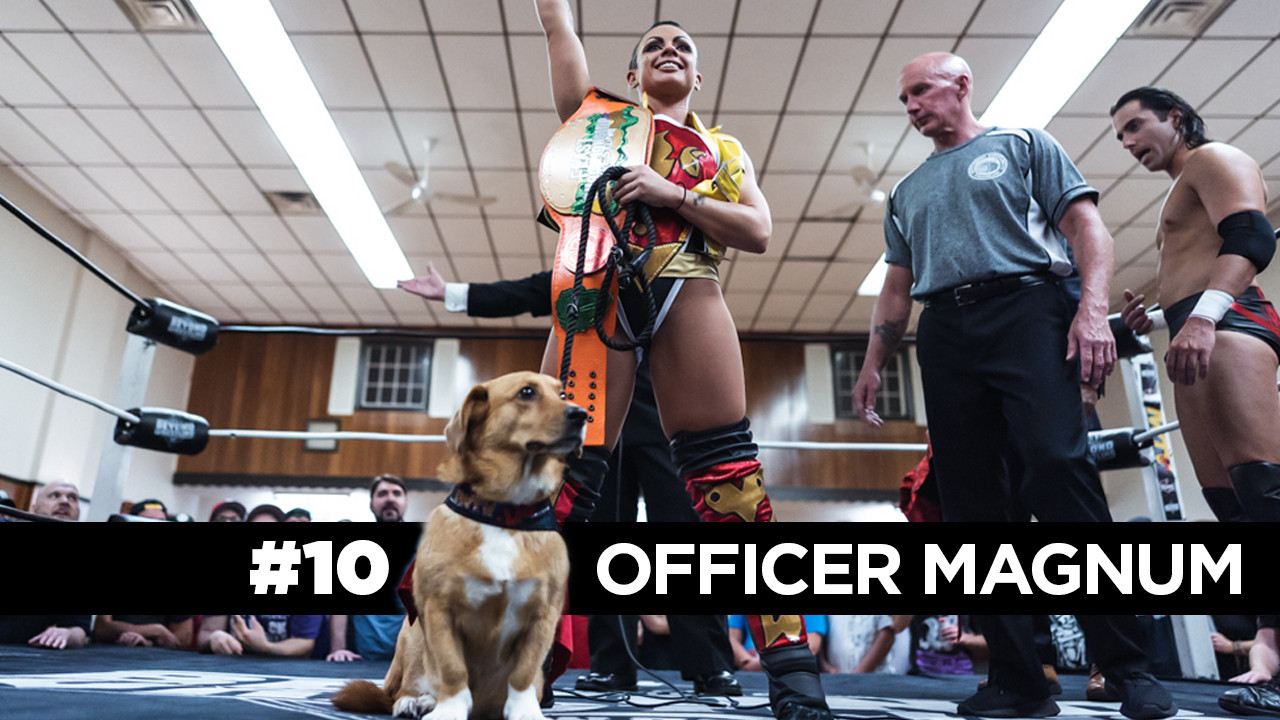 Officer Magnum - We know what you are thinking - is it fair to have a canine on the list? But hear us out. Magnum recently won the Xtremely Serious Wrestling Midcard Championship in record time. As a result, Mangum is undefeated. And besides... is there a more beloved good guy - or should we say good boy - in all of indie wrestling? We think not.

FML - Law Of The Strongest

Nobody Puts BLP In a Corner (Stream Replay)

Send In The Clowns