Upcoming Live Streams
IF YOU ARE HAVING TROUBLE WITH IWTV ON ROKU - FOLLOW THESE INSTRUCTIONS
Streaming Live Now! To watch, Subscribe Now!

Kris Statlander defeated Orange Cassidy for the Independent Wrestling Championship on Sunday, May 26 at the Midwest Mixtape and with that change comes a big shake up in this months Top Ten Contender rankings. While the number one contendership position was settled in the ring at that event, Statlander's title victory shook up the indie wrestling landscape and left IWTV officials scrambling all week to compile this months Top Ten. After much debate and compromise, we present you with the Top Ten Contenders for the IWTV Championship as of the end of May...and a few close calls. 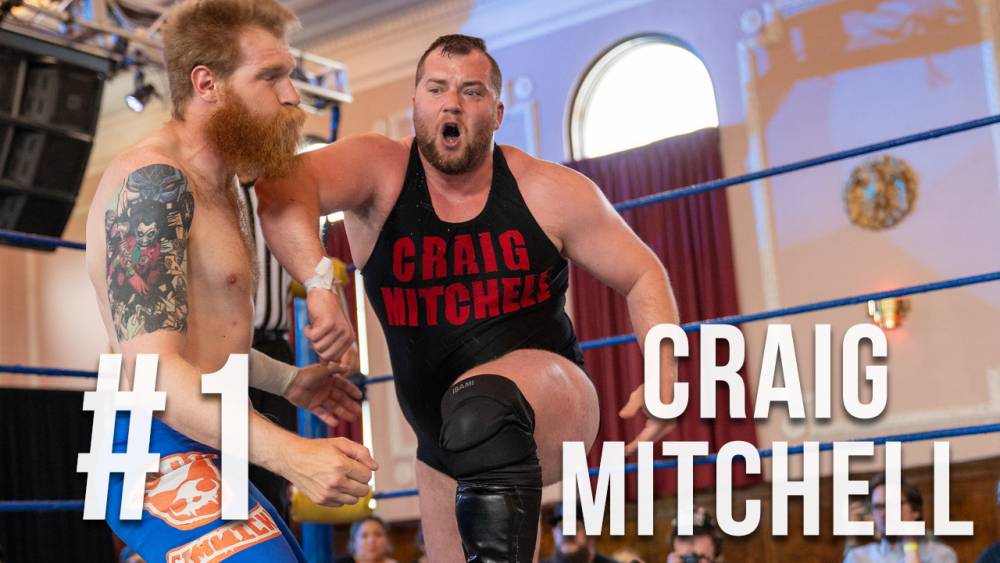 Mitchell finishing in the top spot this month was the only ranking that was not in dispute. He entered the Midwest Mixtape as the number 3 contender, and defeated last months number 2 contender Gary Jay in the ring in a brutal Chicago Street Fight. Additionally, Mitchell has been a force for months in Freelance Wrestling, Southern Underground Pro, St. Louis Anarchy and elsewhere. Maintaining the top spot will not be easy, but Mitchell has earned it. 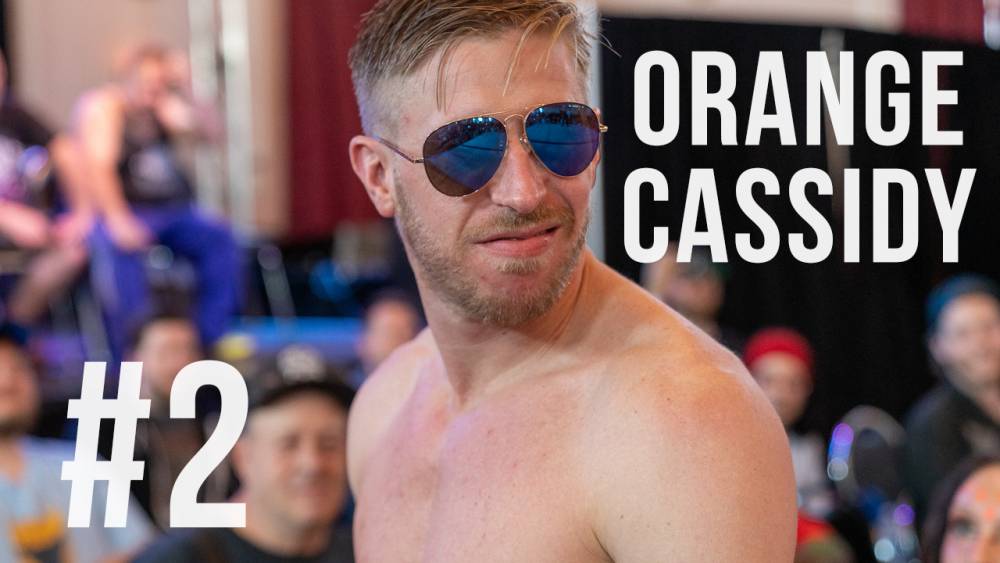 IWTV officials debated the placement of the now former champion Orange Cassidy for days, before ultimately deciding that his remarkable record of championship defenses (fifteen in under five months as champion), merited the highest placement possible on the list. With Craig Mitchell locked in at number one, Cassidy lands at number two. 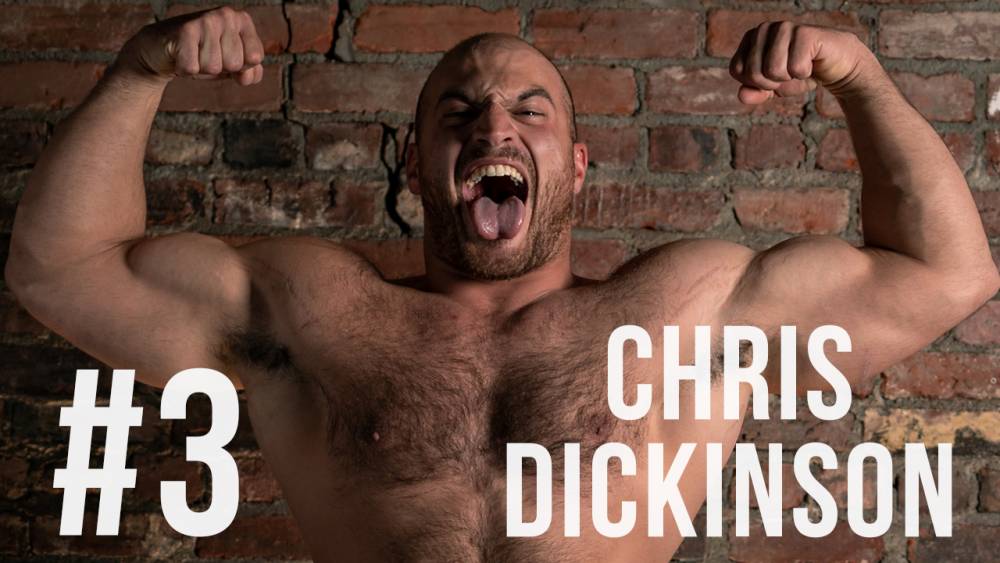 The "Dirty Daddy" has been on fire for the last few months, but May in particular saw him score victories over Josh Briggs, Eddie Kingston, Maria Manic, Erick Stevens and Tom Lawlor in addition to winning the Beyond Wrestling Battlebowl which allowed him to pick his opponent for Americanrana 19. Dickinson chose Japanese wrestling star Daisuke Sekimoto as his opponent and is laser focused on that match. Still, there is no denying his current status on the indie scene. 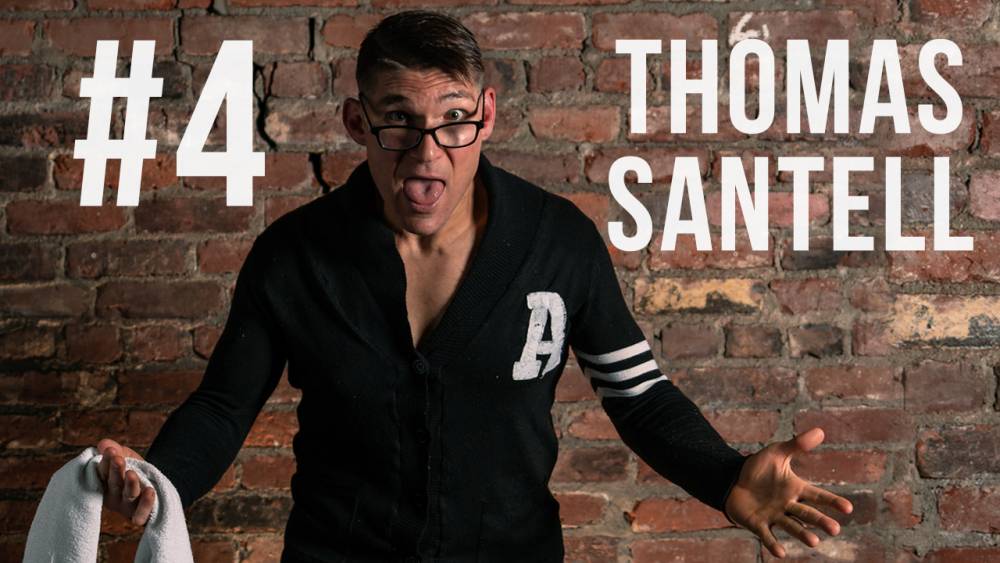 The break out star of Beyond Wrestling's Uncharted Territory so far, Santell has won five straight matches in The Discovery Gauntlet and become one of the most popular star on the independent scene in the process. The "Ovaltine Dream" is an unlikely contender, but one to be taken seriously. 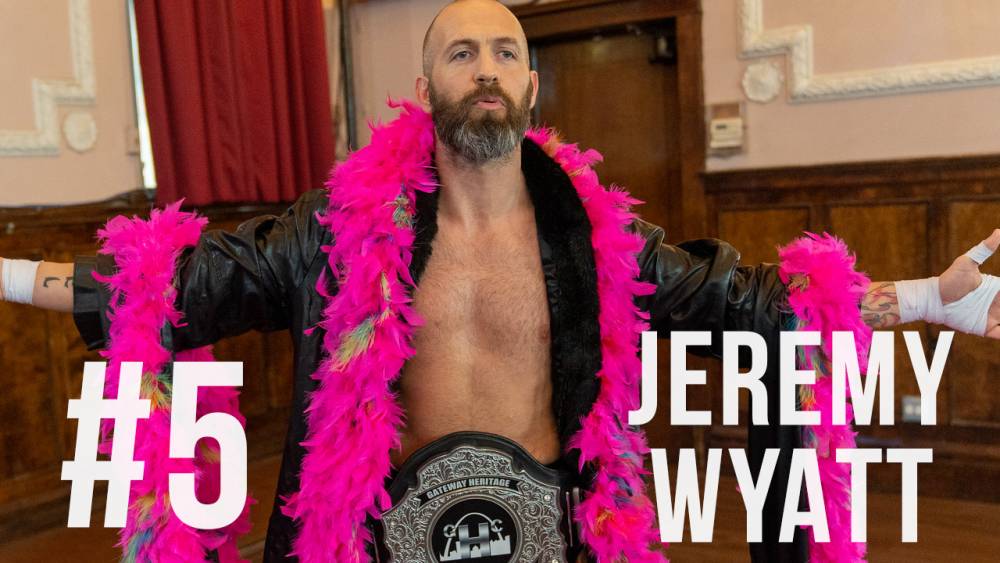 "The Monarch" added three more defenses of the Gateway Heritage Championship to his resume in May as he bested Jimmy Jacobs, Larry D and Buddy Shepherd. Despite this he falls one spot this month, largely due to the hot streaks of others. 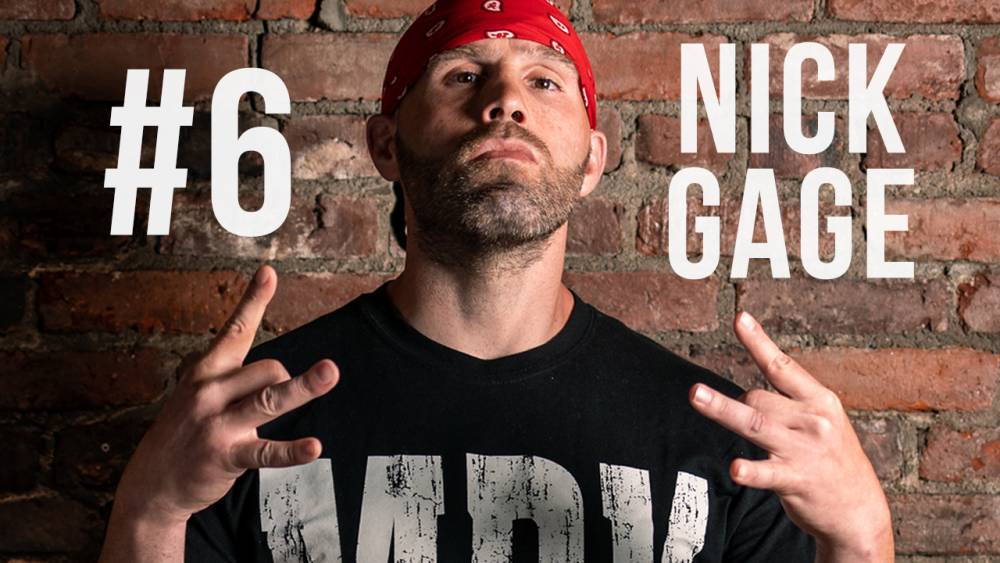 The most violent and dangerous man in independent wrestling, Gage returned to Beyond Wrestling in May and picked up definitive wins over Josh Briggs and Jay Freddie. Gage is the wildest of wild cards and is a literal threat to anyone holding the championship. 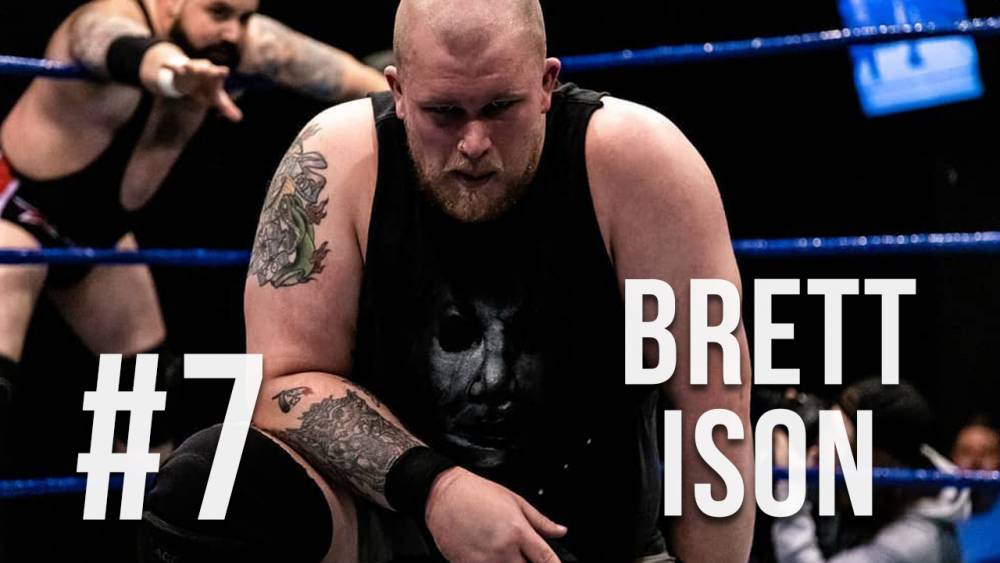 Ison is the Southern Underground Pro Bonestorm Champion and in over two years has never been pinned or submitted in a SUP ring. Along the way he's picked up pinfall victories over Marko Stunt, JD Drake and Nick Gage among others and is widely considered the toughest wrestler in the Southeast. 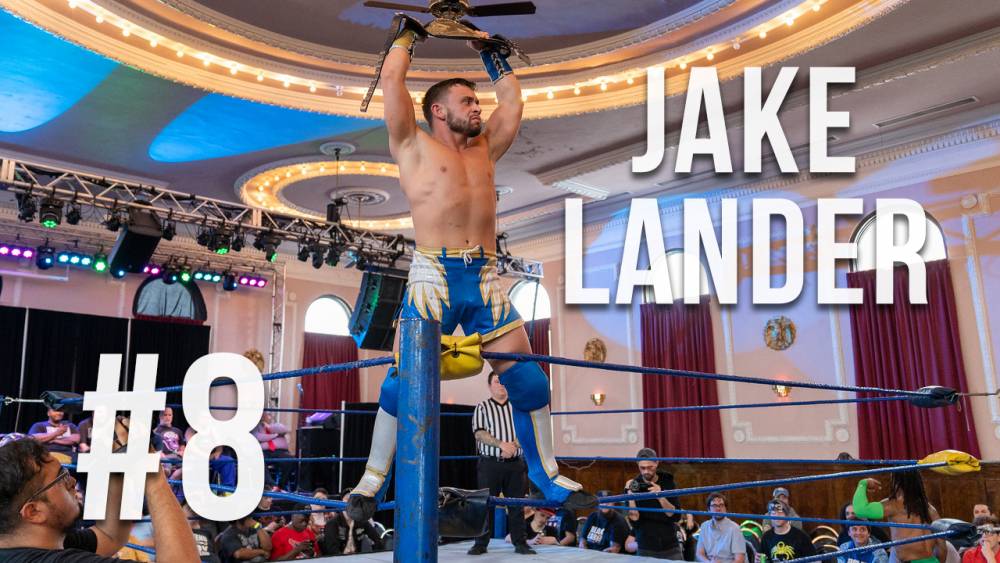 One half of the current Black Label Pro Tag Team Champions, Lander capped off the month of May be winning the Zero1 USA Junior Heavyweight Championship and then successfully defending it at the Midwest Mixtape. Both an underdog and a powerhouse, Lander is poised to breakout in 2019. 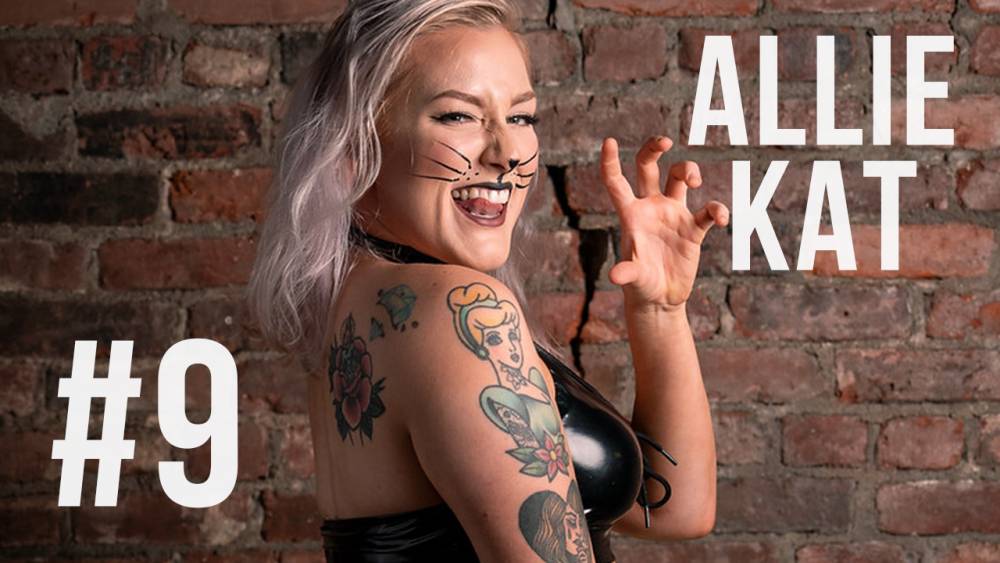 Allie Kat debuted at number nine in the rankings last month, and holds on to that spot. Though she did suffer her first loss in a Black Label Pro match at the Midwest Mixtape, she followed that up by defeating Davienne in her Uncharted Territory debut. Perhaps most significantly, she won the 2019 Making Towns Classic, defeating current Independent Wrestling Champion Kris Statlander in the second round of that tournament. 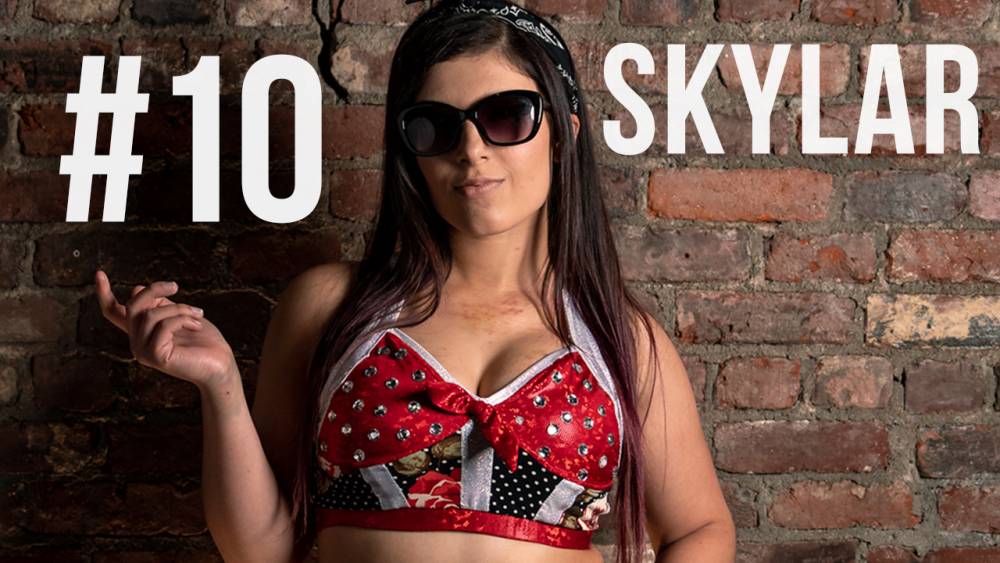 Having just returned from injury, Skylar is perhaps an odd choice until one recalls that she defeated current IWTV Champion Kris Statlander in one of her first matches back. She followed this up by using questionable tactics to defeat Solo Darling on Uncharted Territory, ending Darlings winning streak at The Electric Haze in the process. Whatever you think of her recent change in attitude, she is one to watch in the coming months.

Gary Jay and Jake Parnell both tumbled out of the top ten this month, in large part due to the accomplishments of others. The omission of both men will no doubt be controversial, and we expect both to return to the top ten in the future....Solo Darling has been one of the stars of Beyond Wrestling's Uncharted Territory and could well become a top contender sooner than later....Boomer Hatfield took the mask of his dad and Chikara Grand Champion, Dasher Hatfield, at Anniversaro: Scotch Mist, making waves and a big impact in the process

IWA Mid-South - King Of The Death Matches 2003 Night One

GCW - They Said It Couldn't Be Done

Journey Into The Junkyard